The Coordinator of the Southern African Catholic Bishops Conference (SACBC) Migrants and Refugees Office, Sr. Maria de Lurdes Lodi Rissini, together with the Chaplain for Mozambican Mine Workers in South Africa, Fr. Gildo Macuácua, and a representative from the Mozambican Episcopal Commission for Migrants, Refugees and Displaced Persons (CEMIRDE), Mr. Juvêncio Matsinhe, met with representatives of Mozambican Mine Workers at Lumko Conference Centre in Johannesburg on 28-29 May. This was the first time both Migrants and Refugees Offices met with representatives of different Mozambican mine communities to address their concerns and to start a coordinated work to better respond to their needs. The workshop included the preparation for the August visit of Bishop Atanásio Amisse, the Liaison Bishop for CEMIRDE.

The objectives of the two-day workshop were to better understand the reality of Mozambican Mine Workers in South Africa, to organize a more coordinated Pastoral Care, and to plan concrete actions of coordination between the SACBC Migrants and Refugees Office and CEMIRDE. 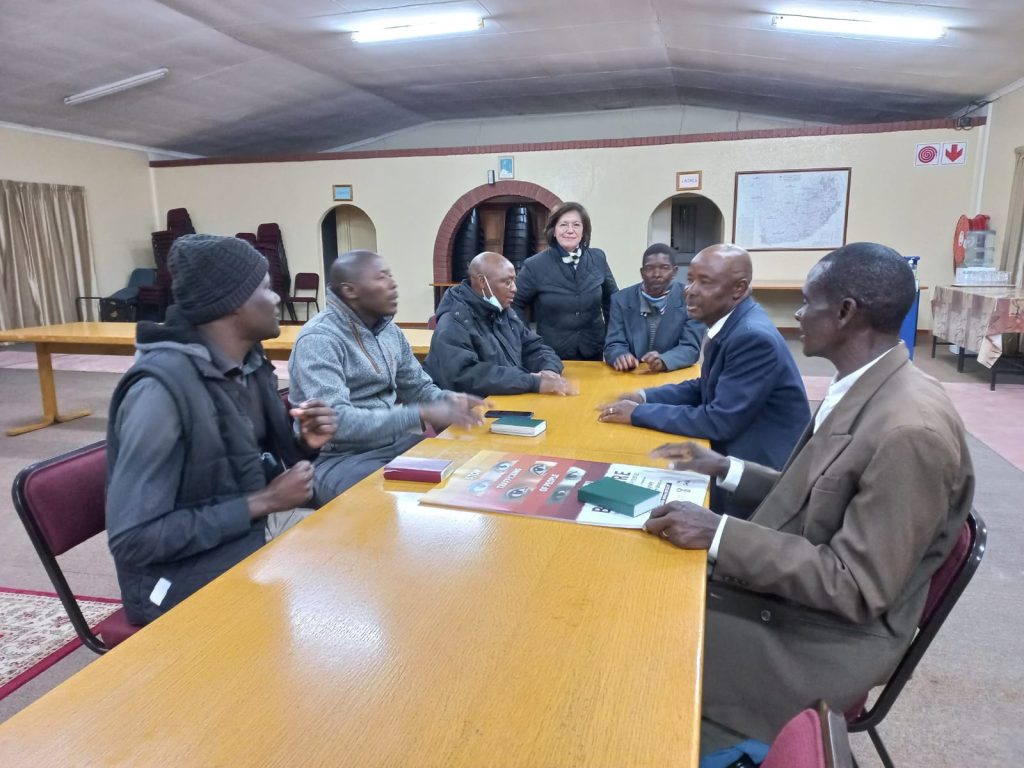 On Saturday, May 28, representatives of Mozambican mine workers from Carletonville and Rustenburg mines shared their experiences and challenges in the mining industry in South Africa. Some of the challenges faced by mine workers are related to documentation and visiting visas for family members. Another challenge is that the Catholic Mozambican mine workers are subjected to the celebration of the word due to the lack of Priests. In some cases it is also due to a language barrier as some of the Mozambican mine workers do not understand English or the local language used during the Eucharistic celebration in the local parishes. Some of the above-mentioned issues have been presented before; however, due to COVID-19 restrictions they were unable to meet with CEMIRDE.

During her presentation on Pope Francis’ message for the 108th World Day of Migrants and Refugees, Sr. Rissini highlighted Pope Francis’ four verbs for migration, namely: – welcome, protect, promote, and integrate. She said this is an Agenda to be included in the Pastoral Action Plan.

Sr. Rissini encouraged the representatives of Mozambican Mine Workers to integrate with the local communities to overcome some of the challenges they faced. She also encouraged to establish structures that would facilitate communication between the mine workers, CEMIRDE and the SACBC Migrants and Refugees Office. 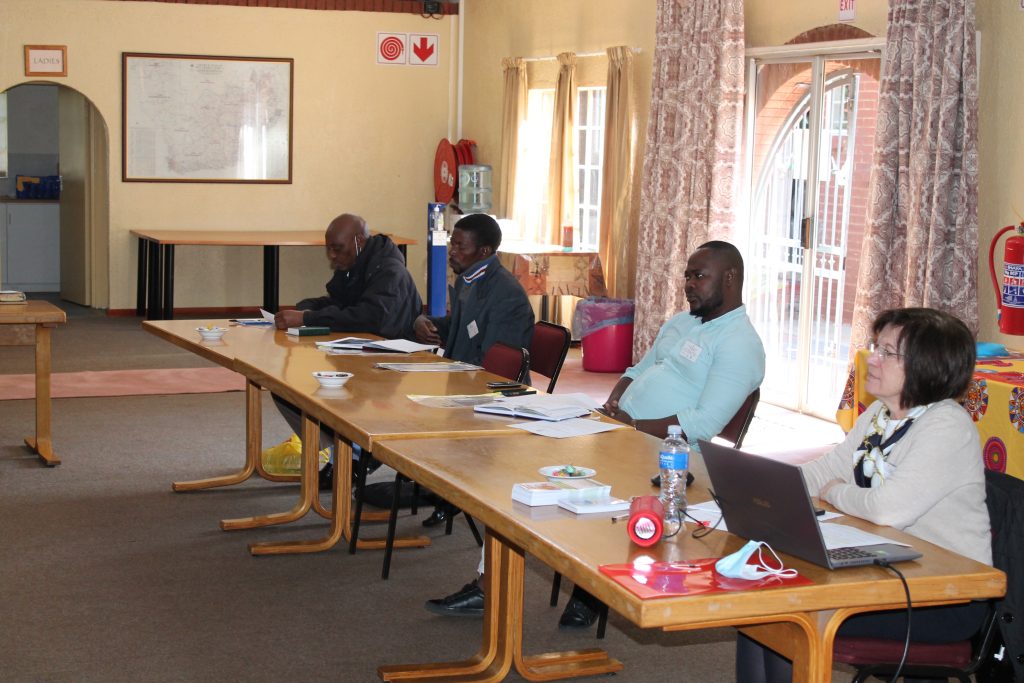 In his presentation on Migration and the Social Doctrine of the Church, Fr. Macuácua said the Church has and continues to accompany people on the move. He told participants that the Catholic position in advocating on behalf of migrants, immigrants, and refugees is based on Catholic Social Teaching, derived from the Gospels, statements and encyclicals of the popes, and statements and pastoral letters of bishops. Making reference to Mathew’s Gospel, Fr. Macuácua said, “Jesus was a refugee who, along with Mary and Joseph, fled the terror of Herod into Egypt” (Mt. 2:14-15). He added, “In the Gospel of Matthew, Jesus instructs us to welcome the stranger: “For I was hungry, and you gave me food, I was thirsty, and you gave me drink, a stranger and you welcomed me” (Mt. 25-35).

Fr. Macuácua made a commitment to visit each community to offer monthly pastoral assistance. He reiterated Sr. Rissini’s call for integration saying, “We need to live in harmony, we need to be united. It is important to promote the cultural values of each community, to promote social cohesion. We should learn to integrate with the host community.”

Meanwhile, Mr. Matsinhe assured participants that colleagues from CEMIRDE’s legal department would look at the issue of work permits for the Mozambican mine workers who have been working in South Africa for more than ten years, and visa extensions for their family members.