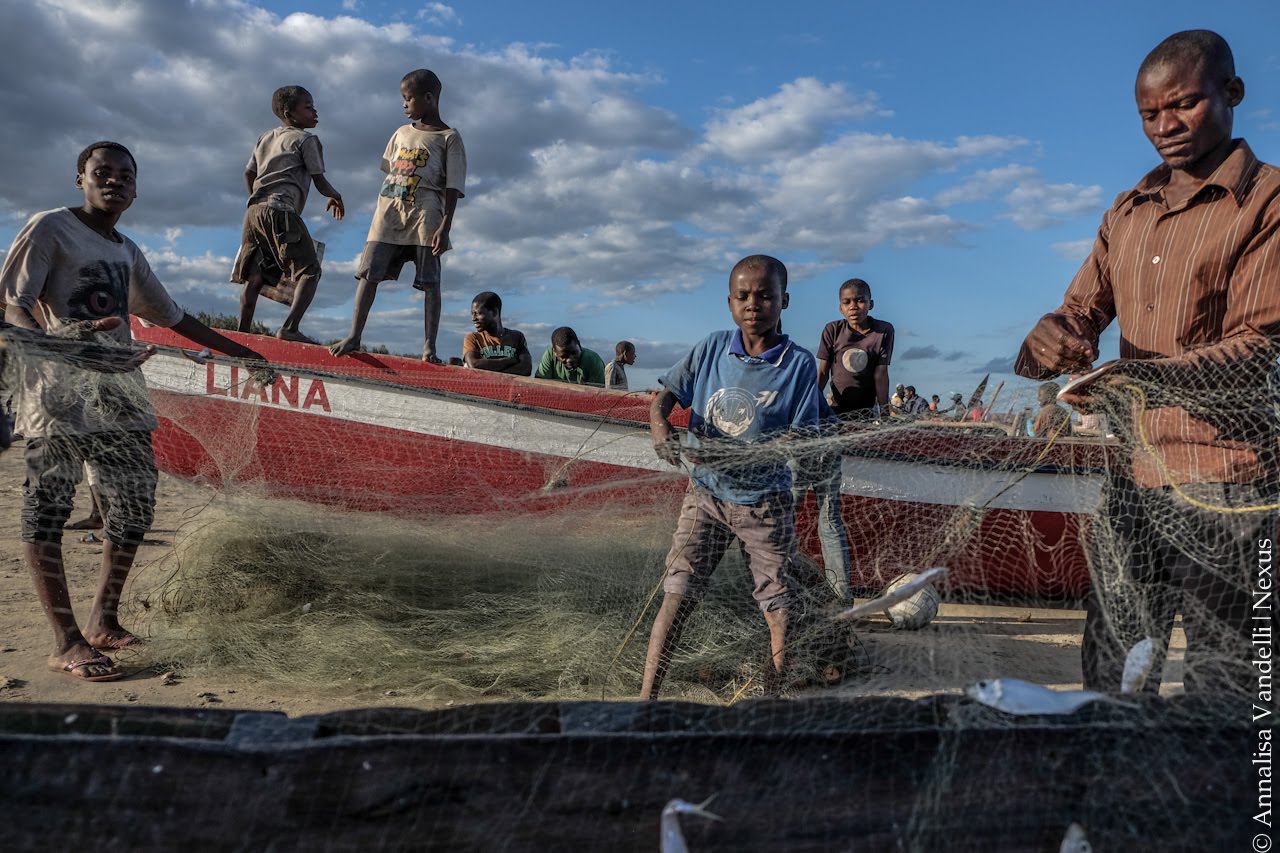 Labour trafficking is the recruitment, transportation, transfer, harbouring or receipt of a person for labour or services through the use of force, fraud, or coercion. Trafficking for the purpose of labour exploitation occurs in the formal and informal economies, with migrant workers particularly at risk.

The quest to escape poverty, hunger, unemployment, and insecurity, among other reasons, caused a massive number of people to seek alternatives for better livelihood prospects for themselves and their families. Such demand has contributed to the formation of highly networked organised crime groups that target particularly vulnerable people to offer them work abroad.

Once they have fallen into the trap of trafficking, victims are coerced through violence, intimidation, or subtler techniques such as debt-accumulation or the retention of documents aimed at subduing them and inhibiting every instinct to escape or report.

Combating trafficking in human beings is of relevance to the principle of human dignity, to the fight against poverty, and to the promotion and defence of human rights. This Bulletin offers some examples of positive initiatives and good practices directed at preventing and addressing this crime.

In the Encyclical Fratelli Tutti, Pope Francis invites humanity as a whole to take contemporary forms of enslavement seriously: “since criminal organisations employ global networks to achieve their goals, efforts to eliminate this phenomenon also demand a common and, indeed, a global effort on the part of various sectors of society”.

In occasion of the World Day of Prayer, Reflection and Action against Human Trafficking 2018, Pope Francis, speaking to participants, said “the work of raising awareness must begin at home, with ourselves, because only in this way will we be able to then make our communities aware, motivating them to commit themselves so that no human being may ever again be a victim of trafficking.” The Holy Father also focused on the importance of education as an instrument of protection against trafficking, saying, “it helps to identify dangers and to avoid illusions”. Nonetheless, he noted, “all those who have been victims of trafficking have been immeasurable sources of support for new victims, and extremely important informational resources to save many other young people.” Addressing youth, the Pope invited them to encounter survivors of human trafficking in person but even on social networks, which on one hand can be a means to lure victims but on the other can be used for advocacy, sharing good practices, and as “a positive account of experiences of encounter”.

The Coalition of Catholic Organizations Against Human Trafficking (CCOAHT) consists of several Catholic agencies working to eliminate the scourge of human trafficking. Among the initiatives, the Coalition engages in raising public awareness through education campaigns and grassroots actions. For example, CCOAHT has brought to light trafficking and forced labour in the fishing industry. This sector employs a high number of migrant workers, often recruited from refugee and displaced populations through abusive recruitment practices. Particularly, CCOAHT sensitised both consumers and companies from the seafood industry, distributing a survey asking them if slave-free labelling would affect purchases and providing online videos and downloadable resources designed to introduce people to some of the most crucial aspects of maritime trafficking.

The first European Conference of the Santa Marta Group, on the theme “Abolishing slavery today: how to do it?”, took place on 8-9 February 2022 in Cologne, Germany. During the Conference, Bishop Ansgar Puff (IT), Chairman of the Working Group on Human Trafficking at the German Bishops’ Conference, stressed the need for a “cultural change”. We consumers, whether knowingly or unknowingly, take advantage of low wages and disastrous working conditions. A starting point can be conscious purchases, because “buying is a moral act as well as an economic one”. A fundamental role in this “change of mentality” is held by the media, by telling stories of liberated victims and the work carried out by many organisms accompanying them. Bishop Puff thus indicated three key actors who must be involved in the fight: the financial sector, IT providers and platforms, and entrepreneurs.

The Religious Sisters of Charity congregation has a corporate stance to abolish human trafficking in Nigeria. In particular, a small and organised group known as the Link Sisters exists in every community of the congregation. They commit to reporting to their coordinator about any suspected case of human trafficking for immediate action that would lead to the rescue of the victims. Through a WhatsApp chat, the Link Sisters share information, coordinate their activities, and take action against human trafficking. They also train people on human trafficking at a grassroots level and organise awareness programs with local parishes and schools and hold town hall meetings. That is just one example of the huge amount of work that Catholic women religious have been carrying out against trafficking in Nigeria.

In order to prevent irregular migration and possible labour trafficking, the Salesians of Don Bosco and VIS (Volontariato Internazionale per lo Sviluppo, an international volunteer service to encourage development) have joined forces to launch the Stop Tratta (IT) campaign. The objective is to help potential migrants with development projects so as to provide them with an alternative choice to migration. Among other initiatives, mentorship farms  (IT) in Ghana train young people at risk of irregular migration to become farmers through an apprenticeship course. These “educational farms”, in which young people can practise sustainable agriculture, are owned by individuals and supported by the local community as a whole. Another project (IT) is in Addis Ababa, where potential migrants, weakened by difficult living conditions, are leaving the countryside and become potential victims for human traffickers. The project envisages the establishment of inclusive economic programmes that create employment opportunities for the most disadvantaged populations, by boosting the teaching skills of professional trainers and promoting public-private partnerships.

The Amistad Movement is a national education campaign, sponsored by the US Conference of Catholic Bishops, that works to empower immigrants in at-risk communities to protect their own community members from falling victim to human trafficking. To this end, the Movement utilises the Catholic Church’s extensive network to reach immigrants where they are. New immigrant communities are particularly vulnerable to human trafficking due to their unfamiliarity with justice systems and laws, language barriers, and a lack of knowledge of available resources. For this reason,  Amistad has a wide range of educational empowerment tools to understand how to recognize and prevent local incidents of human trafficking, particularly within the labour industry. The Movement leverages immigrants themselves to effect lasting change in their communities, recognising that the best solutions to local problems arise from, and are led by, the members of the affected communities.

The Protagonism of Survivors

Survivors of labour trafficking are the true experts in the anti-human trafficking field. They teach us about some of the risk factors that contributed to their situations of trafficking so we can improve our prevention efforts. These are some of their stories:

Juanita Ndagire was sure that she had a well-paying receptionist job waiting for her at a hotel in Dubai when she left her home in Uganda. This was, however, a lie that the agents she was working with invented to sell her into slavery thousands of miles away from home. Hence, Juanita found herself working for a big family in Oman in Western Asia where she performed unending house chores under what she described as “the most dehumanising environment”. “I was a slave in that house. I worked for hours with minimal rest,” Juanita said. She was released and left free to return to Uganda just because she was very sick. “I have a blocked vein and back pains because of the too much work I was made to do in Oman,” she explained.

Arise provides a platform for those who have passed through the pain of exploitation to tell their stories. As an example, Ana is a Filipino girl who went to work in Lebanon under false pretences from an agency. She did not discover that it was an illegitimate agency until she was boarding the plane and they did not give her a contract. She was forced to work for a family where she provided care for all ages, from the grandmother to a baby, as well as cleaning the house, cooking and other tasks. “I was humiliated in front of their friends and the torture that I have been through with them when she slapped my face every time I commit mistake,” she shared. Then, she eventually escaped and managed to return to her family in the Philippines. However, she’s still struggling to recover from the trauma: “I’m afraid of closed places. I’m afraid of elevators. I’m afraid of dark places. Before I’m too afraid of male because every time they touch me, I flash back to the harassment that I got in Lebanon.”

More than 300,000 children are estimated to be trapped in India’s carpet industry. Most of India’s carpets are woven in Uttar Pradesh, where the majority of workers are low-caste Hindu boys. Ravi Shanker Kumar was one of them. His parents succumbed to the agreement of receiving a sum of money in exchange for Kumar to work at the loom. There, he worked for no pay, for twelve to fifteen hours a day, seven days a week. He was beaten, tortured and kept half-fed and half-clad. Cambodian Vannak Prum left his pregnant wife in the hope of returning home in a few months with the money to support his growing family. Instead, Prum would not see his family for four years. He was forced into slavery on a Thai fishing boat where he endured torture, starvation, and the constant threat of death. You can read their testimonies and others from labour trafficking victims.