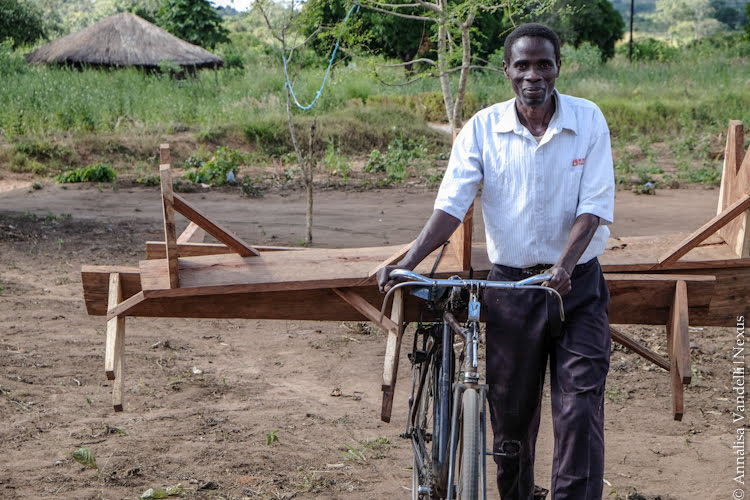 This crucial moment in the world’s social and economic history presents serious and vast challenges, but it also represents an opportunity to determine the future of our society. At this critical juncture, special attention must be paid to work.

Building a more just future, in which human beings are placed at the centre, requires abandoning the current vision of work as a means of production and restoring work to its rightful place as an actus personae – an act of the person. Work is for humans, not the other way around. In this light, the social doctrine of the Catholic Church recognizes both the duty to work, in order to contribute to human development, and the right to work, in order to support oneself and one’s family.

Those who are unemployed risk being relegated to the margins of society. With this in mind, this Bulletin will look at the main challenges that vulnerable migrants and refugees have to face when approaching the world of work. Particular attention will be paid to the effects of the pandemic on migrants and refugees, as well as their exclusion from work or their obligation to work in an irregular or precarious manner. The Bulletin will also present good practices intended to facilitate migrants’ and refugees’ access to employment and protect those who enter the labour market.

Given the vital importance of work in the promotion of human dignity and integral human development, the Vatican COVID-19 Commission (VCC-19) launched the Work for All project in November 2021. The VCC-19 intends to embark on a path of joint discernment with local Catholic communities around the world about the future of labour and the structural changes necessary to prepare a future in which there is work for all.

Grave concerns have been expressed among local Catholic communities about the exacerbation of pre-existing socioeconomic and ecological inequalities in the labour sector during the pandemic, and how the virus itself has been transforming such inequalities into a web of mutually reinforcing injustices. Therefore, these local communities have emphasized the need for radical change in the wake of COVID-19.

In light of these concerns and testimonies – especially those coming from the margins of society – the VCC-19 will connect change-makers and best practices across the world to propose an inclusive path towards the future, starting with the creation of good, decent, sustainable, and resilient jobs. These solutions are envisioned to take the form of locally designed pastoral resources, based on the best scientific and theological reflection available, and capable of inspiring collective action and hope in a better future.

“In a genuinely developed society, work is an essential dimension of social life, for it is not only a means of earning one’s daily bread, but also of personal growth, the building of healthy relationships, self-expression and the exchange of gifts. Work gives us a sense of shared responsibility for the development of the world, and ultimately, for our life as a people.” With these words from the Encyclical Fratelli tutti (no. 162), Pope Francis gives us a clear message of the importance of work for the future of humanity.

To get out of this crisis and dream of a different future, Pope Francis asks us, as the People of God, “to choose fraternity over individualism,” to listen to the “cry that goes up from the margins of society” and to bring those who are marginalised to the centre as active participants in the process of change. As the Holy Father stated in Laudato si’ (no. 128), “helping the poor financially must always be a provisional solution in the face of pressing needs. The broader objective should always be to allow them a dignified life through work.”

In his message for the World Day of Peace 2022, Pope Francis remarked that, “the impact of the crisis on the informal economy, which often involves migrant workers, has been devastating. Many of the latter are not even recognized by national legislation; it is as though they did not exist. They and their families live in highly precarious conditions, prey to various forms of slavery and with no system of welfare to protect them.”

The Holy Father emphasised that many migrant workers provide for the basic needs of more developed societies. Others try to survive without a stable job and are often victims of exploitation. At the same time, in the book Let us dream, Pope Francis affirmed that these existential peripheries are also home to “social movements with roots in parishes or schools that bring people together to make them become protagonists of their own history […] [they] come together to convert injustice into new possibilities. I call them ‘social poets.’” The Pope sees their search for dignity and their refusal to resign themselves to injustice as the wellspring from which change should flow. This Bulletin is born of the Pope’s inspiration and intends to give these ‘social poets’ a voice.

Refugees are forced to leave their respective countries, bringing with them only the bare necessities and stories of suffering. They must rebuild their lives from scratch in a foreign country where access to basic services and the necessary documentation to work is often arduous. Nevertheless, refugees often demonstrate remarkable resilience and willpower. Such is the story of Gahizi, a Congolese refugee in Malawi who had to leave her country due to tribal violence. She ran away with her sister after soldiers killed their parents and burned their house. As a refugee in Malawi, Gahizi did not let the sorrows of her past dictate her hope for the future. Thanks to her participation in JRS’s Digital Inclusion Programme, Gahizi got a job. The opportunity to work and be self-reliant is one of the most effective ways for refugees to rebuild their lives and make a positive contribution to their communities.

In the workplace, informal is often synonymous with invisible. During the pandemic and lockdown, informal work has often been excluded from welfare policies. Dialoguing with popular movements constitutes a vital pillar in the Magisterium of Pope Francis. They are self-organized associations used by workers in the “informal economy” to deal with key problems arising from their extreme precariousness. In an article published in the Jesuit magazine Aggiornamenti Sociali (IT), Card. Michael Czerny, Interim Prefect of the Dicastery for Promoting Integral Human Development, collaborated with the editor Paolo Foglizzo to reflect together on the words of Pope Francis at the Fourth World Meeting of Popular Movements (IMMP). In his speech, the Holy Father recognized the twofold identity of the members of popular movements: they are victims of an unjust system; and they are the protagonists of their own redemption and the artisans of creative alternatives. Accordingly, the article focuses on the emphasis that the Pope gives to the peripheries as privileged vantage points from which to observe the reality of the world. For this reason, t popular movements have “the responsibility […] not to remain silent, so that the announcement of what is seen from the peripheries can reach the whole society.”

Modern slavery is a growing and alarming phenomenon, even in the most developed and democratic regions of the world. People in desperate conditions are given an unpaid job or promised a job that does not really exist. The pandemic has made victims more vulnerable and traffickers harder to pursue, due to their increasing use of digital technology. As an example, Aranya did not think slavery existed in modern Australia. She was deceived by people that she believed were friends. Instead of a room to stay in and the job that she expected as a housekeeper, she found herself being charged $100 per week to sleep on the kitchen floor of a stranger’s house that she was forced to clean without pay. Aranya was later recruited to work in a massage parlour that doubled as a brothel, paid per client, for a minimum of 10 hours a day with no idea of how to escape. Victims of modern slavery are often threatened or blackmailed. “I was lost and vulnerable. I was shocked and I didn’t know what to do, so I just accepted it,” Aranya said.