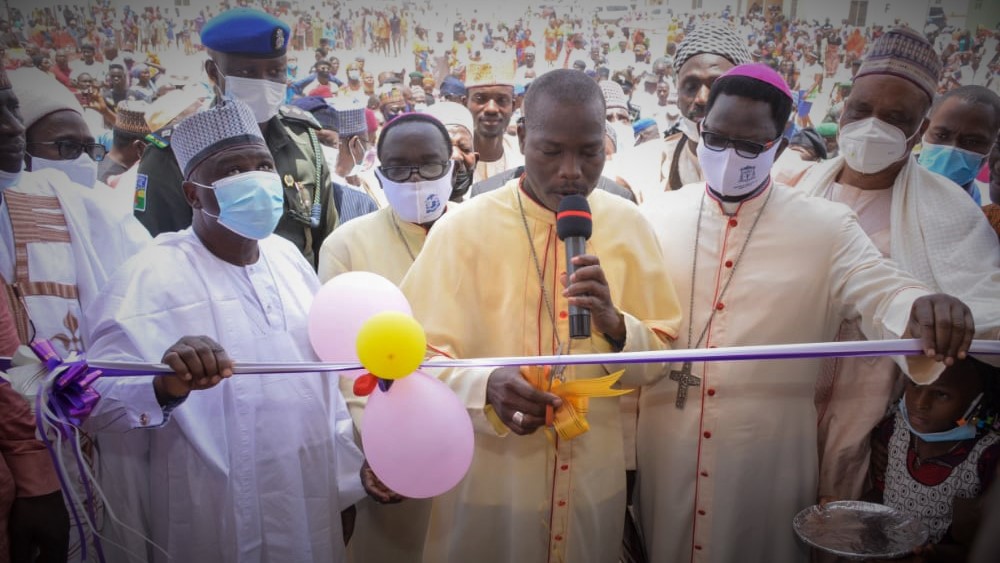 Bishop Stephen Dami Mamza, of the Catholic Diocese of Yola, inaugurated on 12 April 2021 the Sangere-Marghi estate for the resettlement of displaced victims of Boko Haram attacks. At the occasion, Bishop Mamza stated: “This project is a tall dream come true since the Catholic Diocese of Yola first opened its doors to host IDPs on Sunday 15th September 2014 after the fall of Michika following the attacks of Boko Haram on local villagers. At the height of the displacement in October 2014 when Mubi town and environs came under Boko Haram occupation, thousands fled into Yola and approached us for food and shelter. It was at this time that St. Theresa’s IDPs Camp housed 4,700 persons.”

Bishop Mamza thanked all the donors and benefactors who made the project possible: 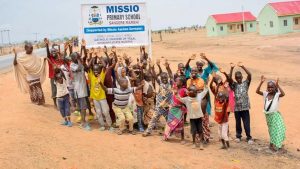 “Our efforts to take care of the IDPs for the past 7 years will not have been possible without the assistance we received from our major partner Missio Aachen (Germany) and support from His Holiness Pope Francis. We also had support from the following organizations: Misereor (Germany), Caritas, ICRC, OXFAM, CISCOPE, IRC, Catholic Archdiocese of Lagos, St. Vincent de Paul Society (Lekki Deanery Archdiocese of Lagos), Daughters of Charity of St. Vincent de Paul (Port-Harcourt), Sisters of Mercy (Ireland), Order of St. Augustine (Irish Province), Catholic Archdiocese of Jos, De Zeit Newspaper (Germany), DRC, API, UNHCR, UNICEF, UN-OCHA, etc. We thank these groups and individuals for the combined efforts they have contributed for the care of the IDPs.”

In his speech, Bishop Mamza invited for continued support to the successful integration of the resettled populations and for new opportunities of livelihoods so as to be able to contribute to long-term economic and political development of the region:

“We embarked on the project of  resettlement of IDPs in order to lift the weight on the shoulders of the Diocese and to reduce dependency syndrome. After careful engagement of the IDPs and key stakeholders, we planned  the option for a voluntary, safe, and dignified resettlement into new homes here in Sangere-Marghi since return to their original villages will be tantamount to suicide. May I here appeal to humanitarian actors present that these former IDPs need to receive strong reintegration and rehabilitation support to build their livelihoods and contribute to long-term economic and political development. With proper support, displaced persons can serve as critical and essential human resources toward the rebuilding of the host communities where they resettle. Resettlement can represent a visible end to violent conflict, legitimize the new political order, and restore normal life for the conflict-affected population.” 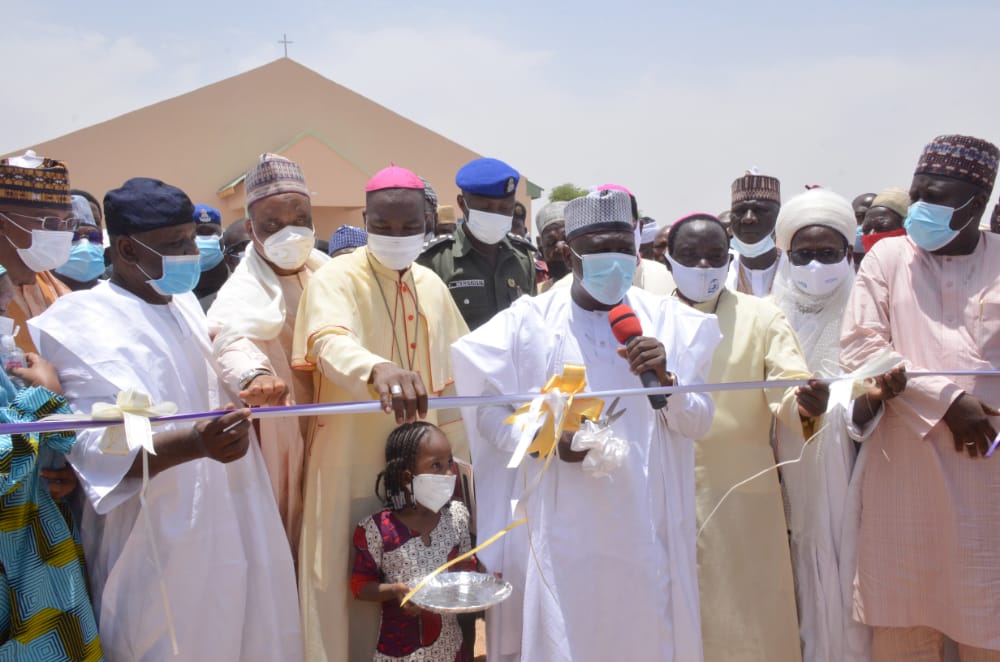