Fighting human trafficking in the time of Covid-19: the work of Cemirde 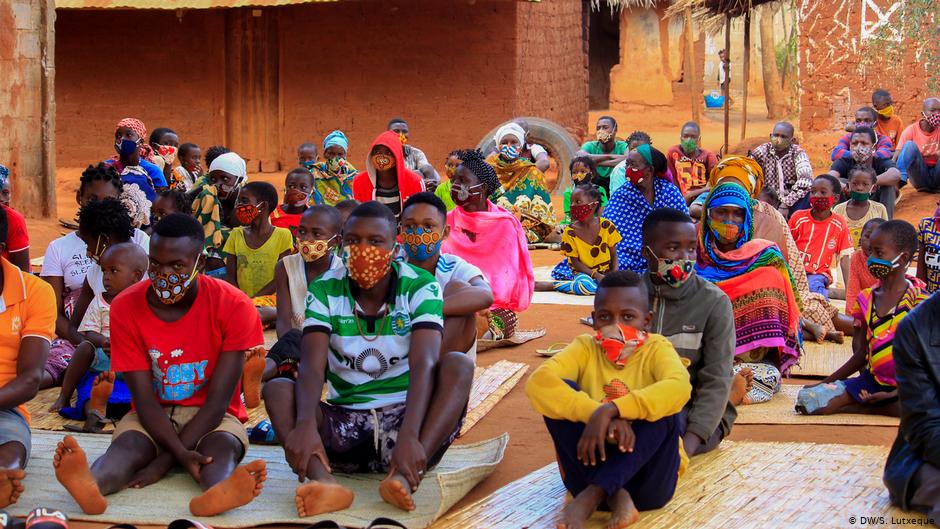 Fighting human trafficking in the time of Covid-19: the work of Cemirde

Could you tell us about the work that CEMIRDE is doing to combat human trafficking in Mozambique?

The episcopal Commission for migrants, refugees and displaced people, CEMIRDE, is a body of the Episcopal Conference of Mozambique. It assists people on the move and groups enduring situations of vulnerability and protects their human rights. The prevention and fight against trafficking in human beings, organs and body parts in Mozambique is one of the seven areas on which it focuses.

CEMIRDE launched a national campaign to prevent and fight against human trafficking in 2014. Its work began with research (2016) on the trafficking of human beings, organs and body parts in the southern region of Mozambique (Maputo, Gaza, Inhambane). This research was carried out in collaboration with anthropologists of the Eduardo Mondlane University and with the support of the Catholic Agency for Overseas Development (CAFOD) of England and Wales. The goal was to determine the prevalence of these problems in these regions, which experience high levels of migratory movement and are close to the South African border.

A second study in 2018, this time in the northern region of Mozambique (Nampula, Niassa, Cabo Delgado), provided a more comprehensive and deeper understanding of the problem. The results of the study were presented to the public and received extensive media attention. It confirmed the existence of the phenomenon and that the main victims are children, women and people with skin pigmentation disorders (albinos). In response to the results and recommendations of researchers, CEMIRDE organised and developed several activities to raise awareness at various levels, such as: 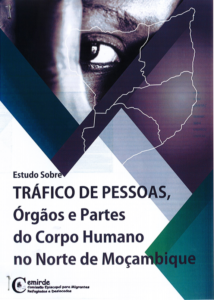 the organization of an international Conference (with the collaboration of the Catholic bishops of the Southern African region, Mozambican MPs, representatives of various governmental and non-governmental institutions who work on this issue); a national workshop (with the participation of the bishops of all the dioceses of Mozambique and the provincial chiefs of the Police of the Republic of Mozambique); diocesan and regional workshops (with pastoral agents for human mobility); workshops with the leaders of religious confessions who are members of the Christian Council of Mozambique; a meeting with the Police of the Republic of Mozambique (3 southern provinces of the Country); a workshop with the bishops who head the Social Commissions of Mozambique and South Africa.

The whole endeavour was accompanied by formation activities for the communities, giving priority to those in the remotest areas. Over the past few years, CEMIRDE has intensified its prevention activity by focusing on secondary schools: focus groups have been set up to develop prevention programs for schools and in communities, in collaboration with the representatives that CEMIRDE has in all the provinces.

It is worth mentioning the specific information materials: research reports (in Portuguese and English); brochures in Portuguese and at least 5 other local languages; posters; radio shows in Portuguese and other languages; and in collaboration with the Mozambican Television, a news report on street children in the provinces of Maputo, Gaza and Inhambane, to help people to understand if they are involved in child labour and trafficking. Unfortunately, the information collected in the field confirmed that many children are exploited for work and sexual purposes, while others have disappeared leaving no trace.

What was the impact of the COVID-19 pandemic on your work? Have you spotted any change in the phenomenon of human trafficking in Mozambique in this period? And how has CEMIRDE responded to these changes?

The COVID-19 pandemic has had a direct impact on CEMIRDE’s work to prevent and fight against trafficking of human beings, organs and body parts in Mozambique.

As previously stated, focus groups were formed in several diocesan schools of the country, and awareness-raising activities were organised at various levels. All these activities were stopped because of the state of emergency (that is already in phase 3) enforced in Mozambique by the President of the Republic. This measure provides, among other things, for schools to close, gatherings to be prohibited, the movement of people to be limited, etc. It is worth recalling that normally prevention activities involve direct contact with people, as well as travel to regions far from the city; clearly these actions were discontinued during the state of emergency.

However, CEMIRDE has adjusted its action plan, carrying out COVID-19-related prevention activities, producing masks and materials with prevention messages relative to the pandemic and human trafficking, which were distributed along with some posters through the representatives and their teams to all the dioceses of the country.

The regional representatives led an awareness-raising campaign with the delivery of these materials to the communities and through radio shows, respecting the conditions imposed by the state of emergency.

Another important limitation was the suspension of the third survey on trafficking in the central regions of the country (Manica, Beira, Quelimane and Tete). Everything was supposed to begin on March 23 rd , but on the 21 st , the President decreed that the schools had to close. Other measures also had a direct impact on the conduct of the study.

Over the past few months, several cases of organ harvesting and sale of albino children in the central region of the country have emerged. We cannot say that these crimes are directly connected to the pandemic; however, it is true that the crisis, associated with poverty, favoured and fostered some practices that are detrimental to human dignity and fundamental human rights.

In this phase, CEMIRDE is accompanying and assisting two youths of the Tete province, who were victims of genital harvesting and, together with the Mozambican League for human rights and other organizations, is trying to understand what happened to bring the culprits to justice.

What are the future perspectives for this sector?

In the future, CEMIRDE intends to carry out the third research study that has been blocked by the pandemic. Like the previous instances, it will produce a report, publish the results and intensify its work on the basis of the conclusions and recommendations of the researchers. In this way, it intends to establish new methods to continue its prevention activities and its fight against this phenomenon during and after the state of emergency.

Would you like to add anything else of relevance?

The COVID-19 has direct consequences for the people and communities, making them more vulnerable to cases of trafficking. Addressing this situation implies the adoption of specific measures to alert communities. Armed attacks in the northern and central regions of the country force masses of people to migrate. They live in conditions of extreme poverty and face every type of hardship. These situations of mobility can provide the conditions for human trafficking to take place; therefore, CEMIRDE will intensify its activity in communities and local structures, so that they too will be on the watch for this problem.