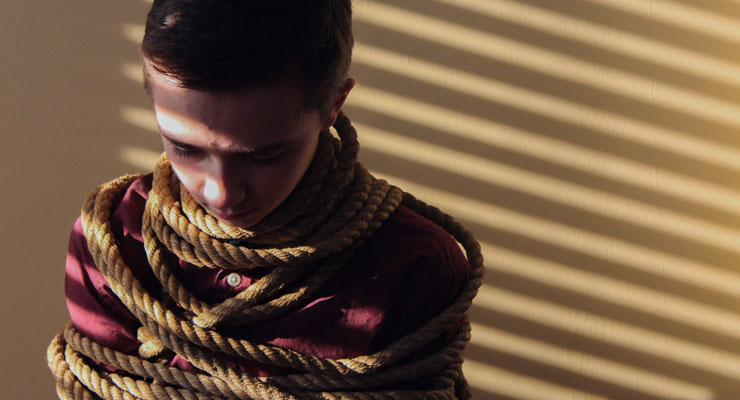 Human trafficking, says Pope Francis, is an “atrocious scourge,” an “aberrant plague,” an “open wound on the body of contemporary society.” This “global phenomenon … exceeds the competence of any one community or country … We need a mobilization comparable in size to that of the phenomenon itself.” Pope Francis’s harsh condemnations and ardent compassion fuel the Pastoral Orientations on Human Trafficking.

Human trafficking is a very complex problem. Its forms are varied and changing, its victims very heterogeneous and so too the perpetrators. Such complexity requires multidisciplinary approaches to understand the phenomenon and its causes, and to identify the processes and persons involved in it – not only victims and perpetrators but also consumers, whether knowing or unwitting. Only then can appropriate responses be shaped. 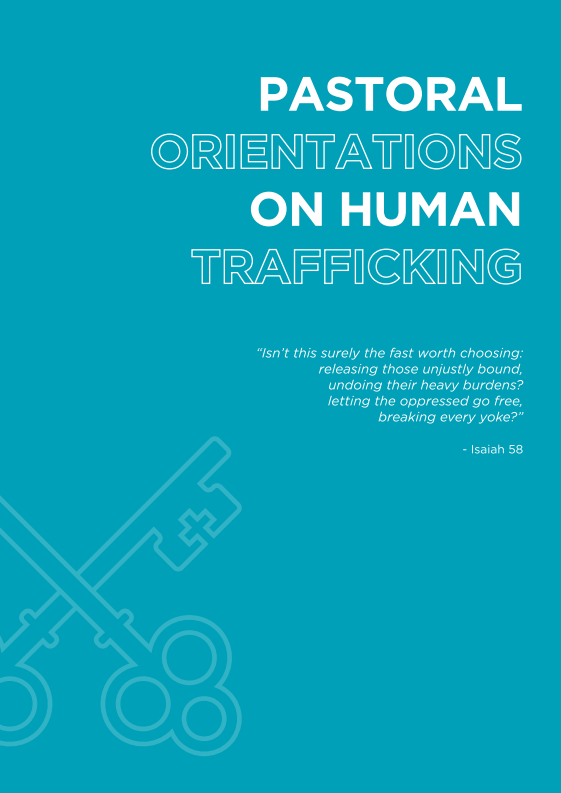 To address trafficking and enslavement, during 2018 the Migrants & Refugees Section consulted partner organizations, researchers and practitioners working in the field. The Church’s full response was considered, in terms of strengths, weaknesses, pastoral action and policy options as well as enhanced coordination worldwide. The resulting draft was submitted to a second consultation with members of Bishops’ Conferences and other Church representatives. Approved by the Holy Father, this handbook reflects current Catholic thinking and courageous ministry. It will orient the work of the Migrants & Refugees Section and our partners.

Each section of the Orientations – there are ten – analyzes the cruel facts and challenges of one facet of the phenomenon. It then suggests a range of responses. For “the Catholic Church intends to intervene in every phase of the trafficking of human beings” says Pope Francis; “she wants to protect them from deception and solicitation; she wants to find them and free them when they are transported and reduced to slavery; she wants to assist them once they are freed.”

The Pastoral Orientations are offered to Catholic dioceses, parishes and religious congregations, schools and universities, Catholic and other organizations of civil society and any group willing to respond. They are for planning and evaluating practical pastoral engagement as well as advocacy and dialogue. Key points are also offered for homilies, education and media.

The Holy Father prays that “God may liberate all those who have been threatened, injured or mistreated by trade and trafficking in human beings, and may bring comfort to those who have survived such inhumanity.” He appeals to each and every one “to open our eyes, to see the misery of those who are completely deprived of their dignity and their freedom, and to hear their cry for help.”

The long-term goal is to prevent and ultimately dismantle this most evil and sinful enterprise of deception, entrapment, domination and exploitation. “This immense task, which requires courage, patience and perseverance, demands a joint and global effort on the part of the different actors that make up society.” The document 4 will help the Church play its important role in this struggle.

The Pastoral Orientations on Human Trafficking can be found at migrants-refugees.va/trafficking-slavery/ in various languages and formats. 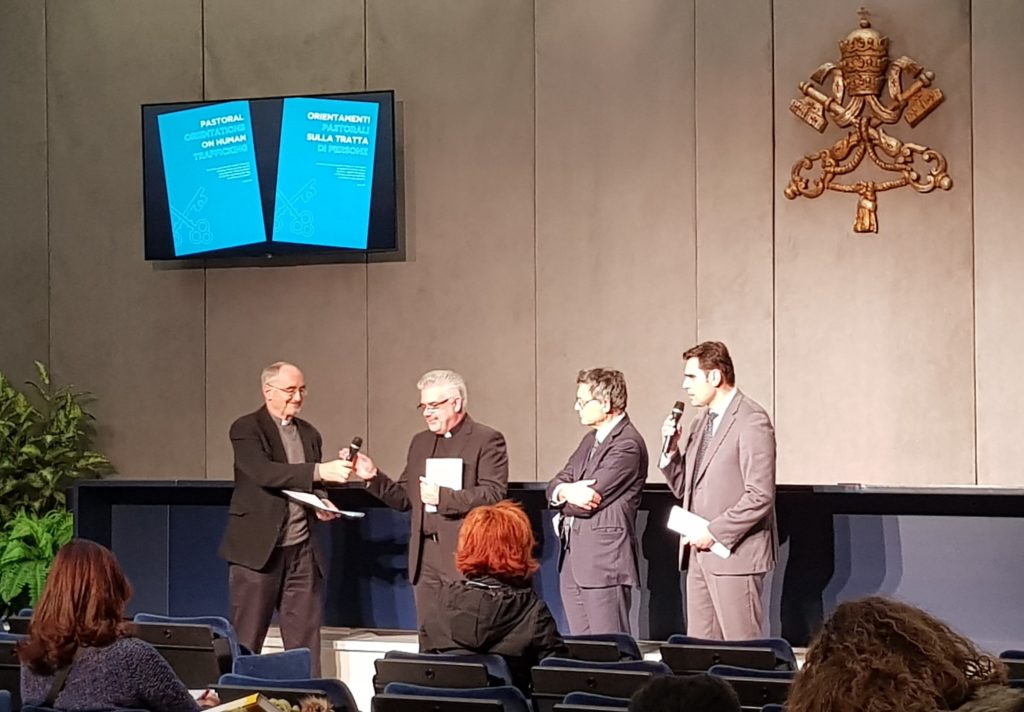