The symbol of the Migrants and Refugees Section 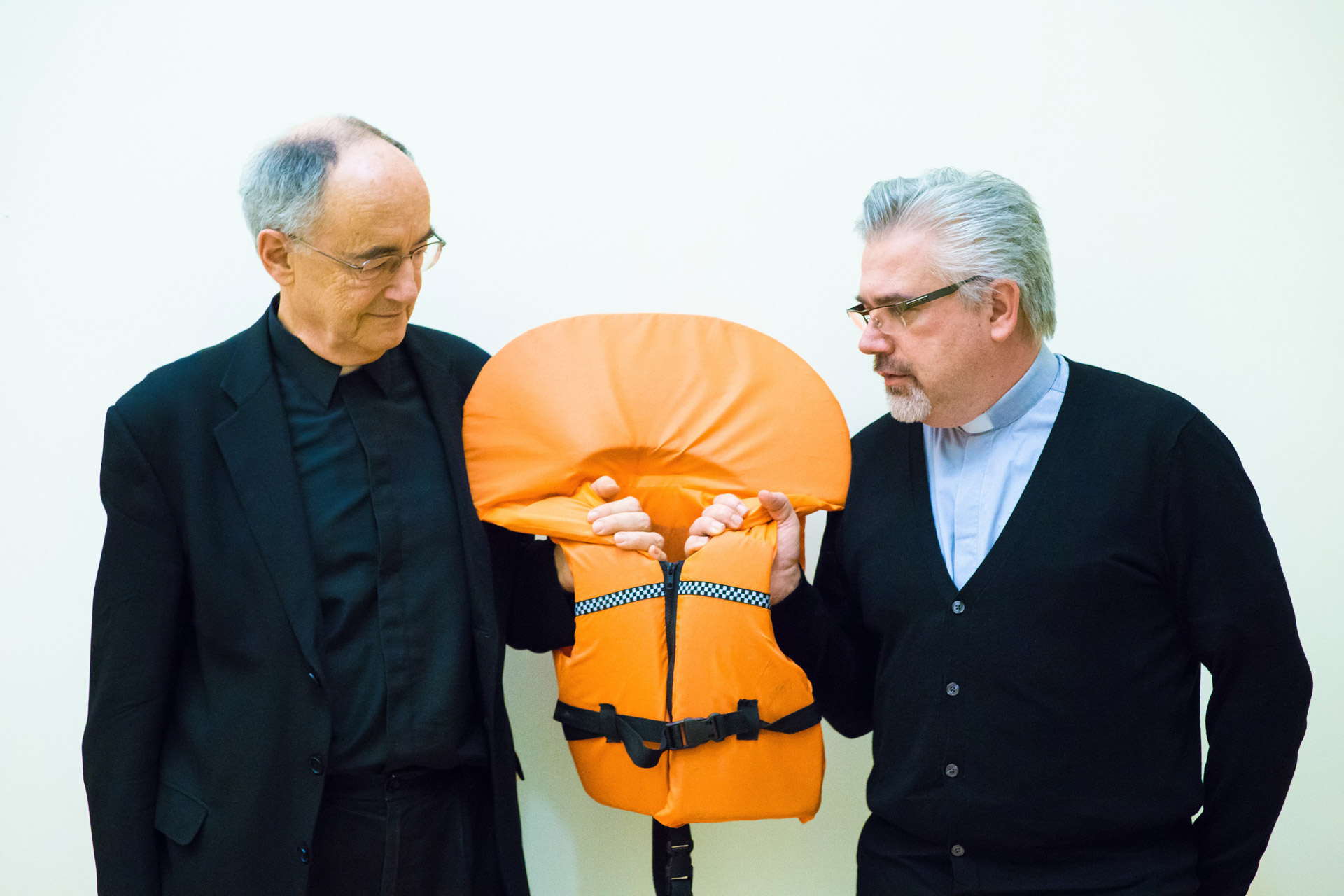 The symbol of the Migrants and Refugees Section

At the first meeting with Fr. Fabio Baggio C.S. and Fr. Michael Czerny S.J., the Holy Father told about his meeting with a man during a General Audience in May 2016. He was a rescuer who, in tears, was holding the life vest of a young refugee who died at sea and then put it on the Pope. “I failed,” he said to the Holy Father. “There was a young girl on the waves, but I did not manage to save her. All that remained was this life jacket.” Pope Francis gave this very life vest to his two collaborators, explaining that it would be the symbol – and symbolically the mission – of the new Migrants & Refugees Section.