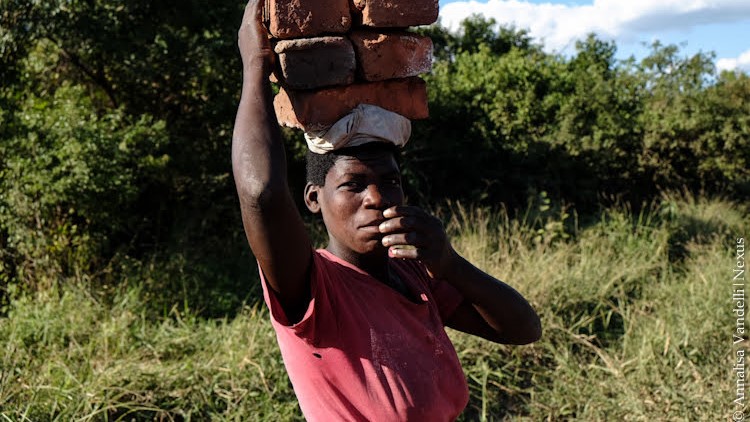 The International Labour Organisation (ILO) designed two relevant Conventions (n. 97 in 1949 and n. 143 in 1975) meant to combat discrimination and promote equal treatment and opportunities for migrant workers. Nonetheless, several countries have never ratified these agreements and reality shows cases of unfair access to the labour market for migrant workers and differences in standards between local and migrant workers.

In this regard, ILO published a report that analyses the difficulties faced by migrants in receiving the same pay as nationals. It also examines gender discrimination affecting women migrants and the difficulties migrants have in getting jobs that correspond to their level of education. Furthermore, irregular status exposes migrants to discrimination, exploitation, abusive working and living conditions, and in some cases loss of their lives.

The COVID crisis not only revealed the structural inequalities in the labour sector, but it even exacerbated the gap between local and migrant workers. The latter have been suffering social inequities, like difficulty in obtaining health care compensation, and employers often choose to protect local workers to the detriment of foreign ones.

The Migrants and Refugees Section recognises the need for establishing and strengthening effective frameworks that govern labour migration. This Bulletin offers some examples of positive initiatives and good practices directed at preventing discrimination and addressing inequalities faced by migrant workers.

In his videomessage for the 109th Meeting of the International Labour Organization, Pope Francis emphasised that the philosophy of rejection has contributed to putting those who work in the informal sector, such as migrant and refugee workers, at the margins of the labour market. Those“perform what are commonly referred to as the ‘3D occupations’: dangerous, dirty and degrading,” he said. Particularly, “many migrants and vulnerable workers, together with their families, usually remain excluded from access to national programmes for health promotion, disease prevention, treatment and care, as well as plans for financial protection and psychosocial services.”

On the occasion of his message for the 70th anniversary of the IOM, Pope Francis noted that during the COVID-19 lockdowns “many of the ‘essential’ workers were migrants, but they were not granted the benefits of the COVID-19 economic aid programmes or even access to basic health care and immunisation.” He also took the opportunity for some observations. In particular, the Holy Father remarked on the “urgent need to find dignified ways out of irregular situations” and the personal repercussions hiding behind the denial of social rights. In that regard, he said: “the migrant family is an essential component of communities in our globalised world, but in too many countries migrant workers are denied the benefits and stability of family life as a result of legal impediments.”

In the 20 Action Points for the Global Compact, the Migrants and Refugees (M&R) Section presents tangible responses from the Church to the needs of migrants and refugees, in the perspective of a constant dialogue with the international community towards the implementation of the Global Compact on Migration objectives. Particularly, under point n. 5, the Section encourages States to “enact legislation which forbids employers from withholding the passports and other forms of identification from their employees” as well as guaranteeing migrants access to justice, so as to report human rights abuses. Not less important, the document invites States to “adopt national minimum wage laws, which require the regular and predictable payment of wages.” Furthermore, point n. 12 reads: “Encourage States to enact legislation that enables the recognition, transfer and further development of the formal skills of all migrants, asylum seekers, and refugees residing in the host country.”

Archbishop Bernardito Auza, Apostolic Nuncio and former Permanent Observer of the Holy See to the UN, released a statement during the 74th Session of the United Nations General Assembly on the Advancement of Women (2019). On that occasion, he pointed out the Holy See’s concern about the violence and discrimination faced today by migrant women in particular, including female migrant workers, who “endure situations of exclusion, mistreatment and violence, since they are frequently less able to defend their rights.” Therefore, Archbishop Auza called for the adoption of “specific measures to protect and assist women migrant workers and to recognize their precious contribution to society.”

Coinciding with the Month of Work 2021, The Jesuit Service to Migrants (SJM),, launched the campaign #DerechosLaboralesParaTodasYTodos (ES), an initiative that seeks to explain, through simple and didactic videos, the basic rights that a worker must know in order to function peacefully in Chile. The campaign was aimed at migrants and refugees who work in a dependent way and its goal was for them to have a greater knowledge of labour rights and legislation in Chile so as to avoid violations in the workplace. SJM created a total of four video packages of about a minute each in which are addressed: the Fundamental Rights of People, the Working Day and Rest, the Social Security System and its scope, and finally how the term of an “Employment Relationship” is correctly articulated. The initiative was made possible thanks to the support of the Colunga Foundation.

The Congregation of the Good Shepherd Sisters set up the Migrant Worker Outreach Program in Phuket, Thailand. Thanks to this initiative, migrant workers are given care, support, counselling, and eventually an education. In particular, there is a desperate need for medical services to be accessible in the rural populations of migrant worker camps throughout Phuket. Currently, many of these people are forced to pay out-of-pocket for health services that are normally covered by workers compensation insurance or by immigration law. To overcome this, the Good Shepherd Phuket built a mobile health clinic that delivers medical services on a regularly scheduled basis, besides facing specific emergencies. In addition, the Good Shepherd Sisters offer safe, secure care with some legal guidance for young and destitute migrant women, with the aim of guiding them through the pre- and post-natal delivery process and eliminating undocumented or unregistered births through legal support, education, and translation services.

The Hope Workers’ Centre of the Missionary Society of St. Columban seeks to strengthen its support of migrant workers in Taiwan. Advocacy programmes operate on two tracks, which are directed respectively at affecting national policy in Taiwan and at providing personal legal advocacy to each migrant worker who seeks their help. In parallel, the Hope Workers’ Centre empowers migrants by helping them to gain the skills and knowledge to combat injustice themselves. To this end, they have developed a curriculum whereby they educate migrant workers of their rights and prepare people with life skills. This curriculum consists of classes, clubs, and media.

Reflections and statements from the ground

The South African Council of Churches (SACC), which includes the Southern African Catholic Bishops’ Conference (SACBC), has called for a national dialogue for addressing xenophobic tendencies towards foreign nationals working in South Africa. A statement dated 20 January 2022, released by members of SACC, came in the wake of the backdrop of xenophobic incidences that have bedevilled the country in recent times. According to the Council, there has been an ongoing disquiet about foreigners “stealing jobs” earmarked for locals. Therefore, Bishop Malusi Mpumlwana, Secretary General of the SA Council of Churches, announced the SACC launch of a national Indaba (dialogue) “to include all sectors that have an interest in this matter, including the representative bodies of foreign nationals; for all to look into various issues concerning foreign nationals in the country.” The special engagement sessions would be held with several organisations, including those made up of foreign nationals and various government departments, and would culminate in a broad forum, where “no voice will be undermined.”

More and more foreign domestic workers in Hong Kong have been fired or made homeless by their employers or even denied treatment after testing preliminarily positive for COVID-19. “Let us treat them with dignity and respect. COVID-19 is scary, but what is scarier is our indifferent attitude towards people in need,” said Father Jay Flandez, chaplain for Filipinos. Father Rodolfo Jacobe, an Oblate missionary working in MercyHK also declared: “We are appealing to employers not to terminate their domestic helpers, not just for humanitarian reasons, but also because of the dedicated service they render to their employers, especially those who have been treated already as part of their family”. The charity organisation MercyHK has been accommodating foreign domestic workers who were terminated or asked to get out of their employers’ houses because they tested positive for COVID-19.

In his message for the feast of St. Joseph the Worker 2021, the Bishop of Parramatta, Vincent Long van Nguyen OFM (Conv), reflected on the fact that St. Joseph himself was forced to flee to another country. “Have you ever imagined St. Joseph as a migrant worker?” Bishop Long asks. “What would it have been like for him trying to find work in a foreign land to support his family? Would anyone help them, or would these ‘outsiders’ be exploited or left to fend for themselves?” Bishop Long, who serves as chair of the Bishops Commission for Social Justice, Mission and Service, said some employers have been shown to take advantage of foreign workers. “Even in the best of times, temporary seasonal workers are more vulnerable to exploitative working conditions than workers who have Australian citizenship,” he added. That often arises due to a misunderstanding or ignorance of workers’ entitlements. Regardless of how it might arise that migrant workers are not treated justly, others have a responsibility to look out for brothers and sisters who are mistreated, Bishop Long said.