“Angels Unawares” and the Pope’s teaching on migrants and refugees, through a QR code 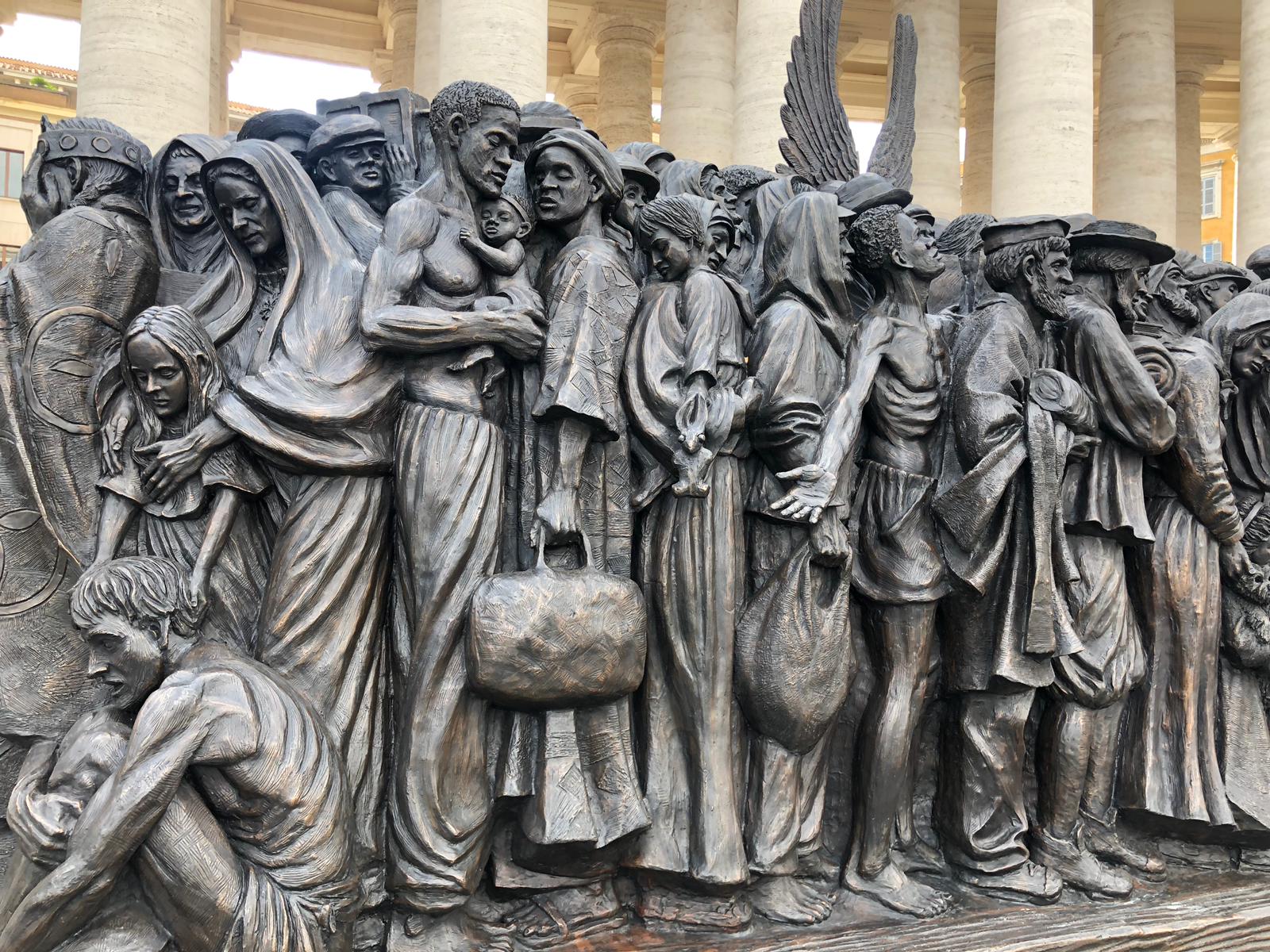 “Angels Unawares” and the Pope’s teaching on migrants and refugees, through a QR code

“Dear pilgrims and tourists:
the Vatican invites you not just to pass by…”

The impressive sculpture “Angels Unawares” depicting migrants and refugees in St. Peter’s Square challenges all passers-by with art, culture, and Pope Francis’s teachings, all available through a QR code.

Vatican City, 29 december 2021 – The sculpture Angels Unawares was inaugurated by Pope Francis in September 2019, when the 105th World Day of Migrants and Refugees was celebrated. Since then, this great work of art has been seen by millions who visit St. Peter’s Square every year. Now a small plaque with a QR code has been added, directing visitors to digital content explaining the artistic representation.

The “Angels Unawares” website, available in six languages (English, Spanish, French, Portuguese, German, and French), can be accessed by scanning the QR with a mobile phone. Visitors to the sculpture will be able to learn more about the artist, the work and its history. At the same time, through the teachings of Pope Francis, they will be able to appreciate the reality of migrants and refugees.

“We have decided to incorporate cultural information and Church teachings from recent years to help all tourists and visitors at the Vatican to become pilgrims, too,” says Cardinal Michael Czerny, undersecretary of the Migrants and Refugees Section. With this new QR code, the aim is to help appreciate the sculpture and pass to a deeper reading, helping raise awareness of the reality of human mobility throughout the ages that is artistically expressed.

The work by Canadian artist Timothy P. Schmalz depicts a very diverse crowd of people, from the Holy Family to victims of modern day slavery. From the center arise a pair of angel wings, illustrating the presence of the sacred. The sculpture is inspired by a biblical passage: “Be not forgetful to entertain strangers: for thereby some have entertained angels unawares” (Hebrews 13:2 in the King James translation).

The plight of vulnerable people on the move is a big concern for Pope Francis. “The Catholic faithful are called to work together, each in the midst of his or her own community, to make the Church become ever more inclusive”, he recalled on the 2021 World Day of Migrants and Refugees. In his recent apostolic journey to Cyprus and Greece, Francis exhorted: “Our sinfulness leads us to think: ‘Those poor people, those poor people!’, and with those words, ‘poor people’, we blot everything out. This is today’s war: the suffering of our brothers and sisters, which we cannot pass over in silence (…) We cannot remain silent and look the other way amid this culture of indifference.” 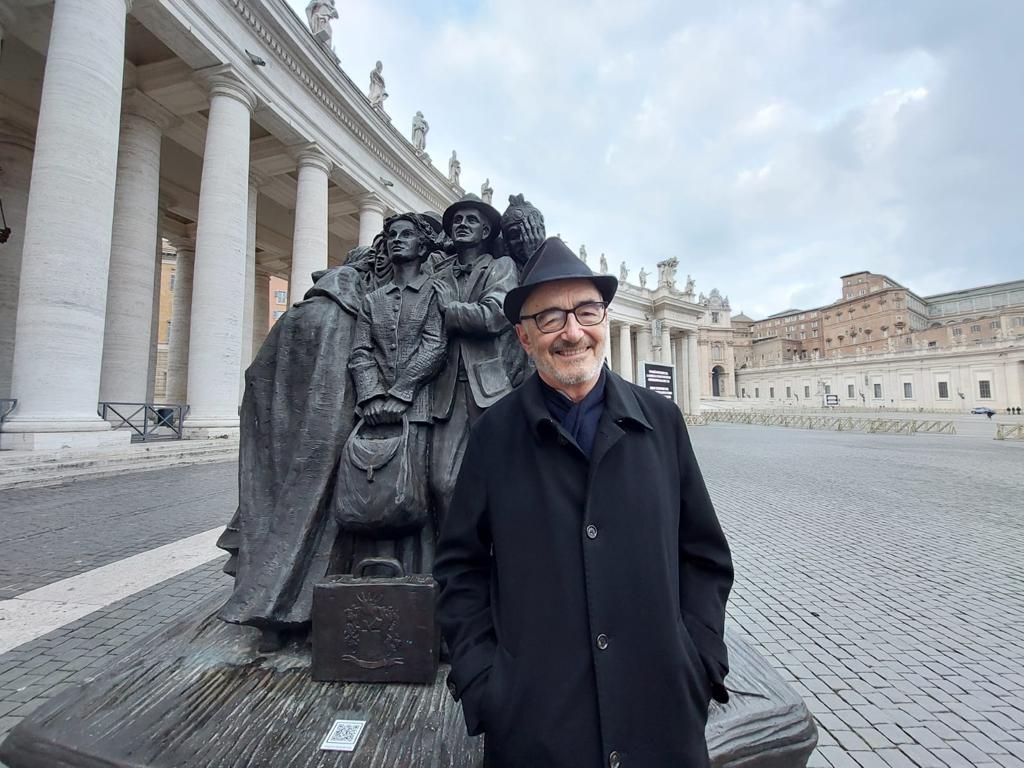