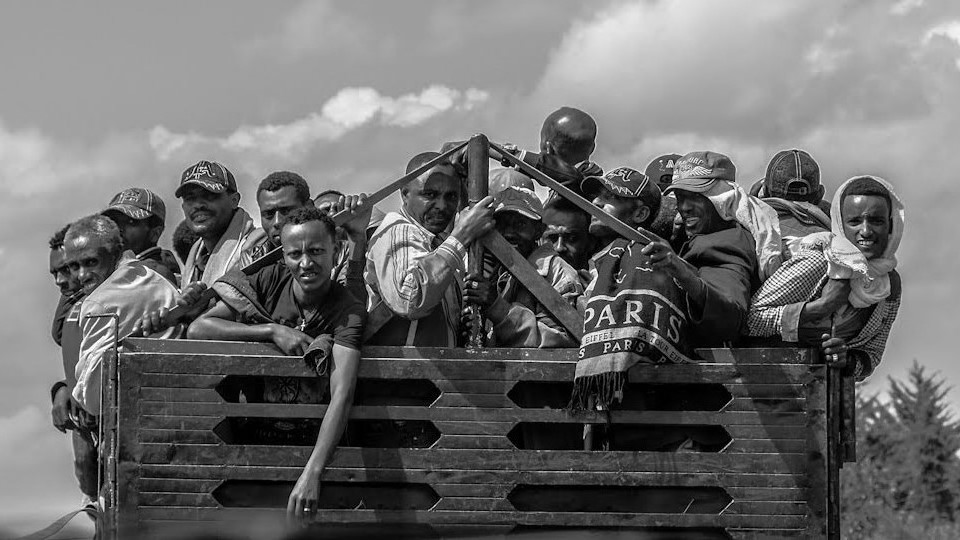 Worldwide, it is estimated that there are more than 40 million victims of human trafficking. The majority are trafficked for sexual exploitation and forced labour, while a minority are subjected to forced criminal activity, forced marriages, organ removals, and begging (source UNODC). Traffickers target victims who are marginalized or in difficult circumstances, such as undocumented migrants and people who are in desperate need of employment. Idle young people and impoverished minors are being recruited by terrorist groups and, effectively, enslaved as child soldiers even at 12 years of age.

The worldwide coronavirus pandemic has exacerbated the problem of human trafficking. The COVID-19 lockdown forced some of the most fragile and least protected into the traps of traffickers and exposed rehabilitated victims to the risk of being re-trafficked. Traffickers have taken advantage of the increased time people spend on the Internet, using social media and other online platforms to lure new victims.

“An open wound on the body of contemporary humanity”

Since the beginning of his pontificate, Pope Francis has made the fight against human trafficking one of the recurring themes of his magisterium. In a videomessage marking the International Day of Prayer and Awareness against Human Trafficking 2021, he prayed for an economy free of exploited and trafficked persons. In a deregulated market that follows only the logic of calculating pros and cons, he said “people are numbers to be exploited.” In its place, Pope Francis calls for an economy of care, courage, and the promotion of a justice aimed at building a society that puts the human person at the centre. The Holy Father asked people to make an effort to support an economy that cares for people and for nature, one that offers products and services aimed at fostering the common good.

Addressing participants at a solidarity event organized by the Central American Integration System (SICA) for its 30th anniversary, Pope Francis  articulated a strong message on human trafficking. The Holy Father urged that this scourge be prevented “through family support and education” and that victims “be protected with programs to ensure their safety” through the safeguarding of their privacy, provision of secure accommodation, and adequate social and psychological assistance.

His Excellency Archbishop Ivan Jurkovič, Permanent Observer of the Holy See to the United Nations, in a statement to the 44th Session of the Human Rights Council, remarked that “human trafficking in its various manifestations continues to be ‘an open wound on the body of contemporary humanity’.” For this reason, “It is crucial to establish or improve programs and mechanisms for protecting, rehabilitating and reintegrating victims of trafficking, allocating to them the economic resources seized by the traffickers.” In conclusion, he called for awareness to be raised about the demand side: “Those who generate such a demand, as well as those who support them, also share real responsibility in these deplorable criminal enterprises.”

The permanent representative of the Holy See to the OSCE, Monsignor Janusz Urbańczyk, joined the 21st Conference of the Alliance against Trafficking in Persons, which took place from 14 – 16 June 2021. While applauding global efforts to combat the plague of human trafficking, he raised concerns about the continuous increase in trafficking, particularly during the current pandemic that has increased “the risk of rights being violated”, especially among the most vulnerable. To combat sexual exploitation, he recommended the implementation of stringent legislation to stop it and to promote concrete ways of protecting victims. On the final day, Msgr Urbańczyk focused on the urgent need to start providing adequate and inclusive responses to the root causes of human trafficking. A broader and more powerful vision consists in investing more in people rather than profits, and in limiting the concentration of power and wealth in the hands of a few.

The Migrants and Refugees Section of the Dicastery for Promoting Integral Human Development published “Pastoral Orientations on Human Trafficking” in 2019, to address the trafficking and enslavement of human beings. The booklet reflects Pope Francis’s teaching, but it also draws on the longstanding practical experience of many international Catholic NGOs working in the field and from observations by representatives of Bishops’ Conferences. The Orientations are for use by Catholic dioceses, parishes and religious congregations, schools and universities, by Catholic and other organizations of civil society, and by all groups willing to respond. Besides their implementation locally and in long-distance collaborations, the Orientations also offer key points for homilies, education, and media usage.

The fight against trafficking in human beings requires an exceptional commitment by many Catholic actors in the field of prevention, education, and assistance to victims. Some examples follow.

A new programme by ICMC and Caritas Mali aims to prevent recruitment by traffickers and to help women and girl survivors of trafficking to rebuild their lives. Caritas Mali identifies survivors and offers them emergency shelter, clothing, and hygiene kits, followed by psychosocial counselling, pastoral accompaniment, and health services, and help in reuniting with their families whenever possible. The project also supports school-aged survivors re-enter school. Twenty adults are selected for vocational training to assist them in finding employment free of abuse. Finally, the project raises community awareness, educating key at-risk communities about the hazards arising from irregular migration and about patterns of recruitment used by smugglers to force people into human trafficking.

The Australian Border Force uploaded a Compendium of Modern Slavery Statements, developed by the Australian Catholic Anti-Slavery Network in 2020, to the National Public Register, effectively making the document a model for businesses and organizations to comply with the Australian 2018 Modern Slavery Act. The document commits Australia’s largest Catholic entities to eradicate links to slavery in their operations. The compendium includes statements from 33 Catholic entities, including hospitals and schools, outlining measures they are taking to become slavery-free in areas such as procurement and employment. Signatory organizations identify areas of risk and the measures they will take to eliminate supplies tainted by slavery.

The Amaranta Solidarity Foundation and Adoratrices Bolivia, with the support of the Spanish Agency for International Cooperation for Development (AECID), published a training guide (ES) on the law on human trafficking and commercial sexual violence, to train authorities and public officials in the country on this issue. The guide sets out the content of the Comprehensive Law against Trafficking in Persons and Related Offences in Bolivia. “The guide aims to be a tool that integrates training and awareness-raising processes to prevent, treat and restore the rights of victims of serious trafficking crimes in Bolivia, the incidence and scope of which are still little known”, the Amaranta Solidarity Foundation affirmed.

ICMC Europe, together with seven other partners, developed an integration pathway handbook as part of the Right Way project to help identify migrant survivors of sex trafficking and provide appropriate services to them. An interactive tool was released in January 2021 to offer a visual representation of the Handbook’s content. The interactive tool focuses on the four phases of a survivor’s transition towards integration: the detection of trafficking; the restoration of survivors’ rights; recovery; and autonomy. It maps out the roles that survivors and host communities (local communities and countries of welcome) should play to enhance a survivor’s chances of achieving successful integration.

The diocese of Rome has launched a training course on sexual exploitation and human trafficking (IT). One of its goals is to provide practical tools to facilitate relationships with victims of trafficking and thus create paths that can lead to an escape from exploitation and to a full recovery of lost physical, psychological, and spiritual identities, freed from stigmatization and social isolation. The training programme also aims to promote effective awareness among the entire Christian and civil community in Rome regarding human trafficking. The initiative is addressed not only to professionals, but to anyone who wants to better understand this phenomenon and wants to contribute to the task of raising awareness.

Reflections on human trafficking in the COVID-19 era

Sister Gabriella Bottani, international coordinator of the Talitha Kum World Network, spoke to L’Osservatore Romano about human trafficking in the broader context of the market economy. This is characterized, she explains, “by the neo-liberal model that favours profit over human rights, creating a culture of violence, commodification and inequality. All this is at the origin of human trafficking.” The “process of real transformation, resistance and innovation” carried out by Talitha Kum’s network arises from the refusal to accept that all this can be considered “normal”. Starting from the statement of Pope Francis that “this economy kills”, Sister Bottani identifies women and nature as the main victims of the current economic system. For this reason, she explains, the International Union of Superiors General is striving for coordinated action among those who work on the care of the environment, inspired by Laudato si’, and those who deal with migration. “Because in sum, if we analyse the causes, the problems are caused by unjust recurring models”, she concludes.

On 8 February 2021, Caritas Albania, in collaboration with the Interreligious Council of Albania, organized a Conference on the theme “Religious faiths against human trafficking in Albania” (IT), in which leaders of religious communities in Albania participated: Dr. H. Bujar Spahiu from the Muslim community, Bektashi Leader Haji Dede Edmond Brahimaj, Pastor Ylli Doçi of the Evangelical Brotherhood, Father Grigor Plushi of the Orthodox Church, and Mgr. Angelo Massafra, president of the Albanian Episcopal Conference and archbishop of Shkodra-Pult. “It is necessary,” the archbishop explained, “to strengthen cooperation between religious communities and key actors because human trafficking is a reality that affects the weakest people in society.” From a religious point of view, Massafra added, “the sanctity of human life, from conception to natural death, and the inviolable dignity of every human being, constitute the starting point and the central axis of every common initiative or commitment”. The initiative was therefore an opportunity to revive interreligious efforts to protect and integrate victims of trafficking.

In the framework of the International Campaign against Trafficking in Human Beings, with the theme “Life is not merchandise, it’s about people”, the Confederación Caribeña y Latinoamericana de Religiosas y Religiosos (CLAR), together with the Networks of Religious Life against Trafficking, the CLAMOR Network, and the Latin American Episcopal Council (CELAM), organized a virtual meeting to present the book “Poemas para volver a casa” (EN, IT, PT, ES) (Poems to return home), written by women who have survived trafficking and by representatives of the consecrated religious who accompany them. The book contains “the cry of those who are forced to reproduce spirals of violence, in order to increase the revenues of the mafias who want to trade in human beings,” said Sister Liliana Franco, President of the CLAR. In order for this cry to cease, she added, “it is necessary to network, to be united, to work with others, meaning, to stand with the victims and to give them the emotional support that restores life.”