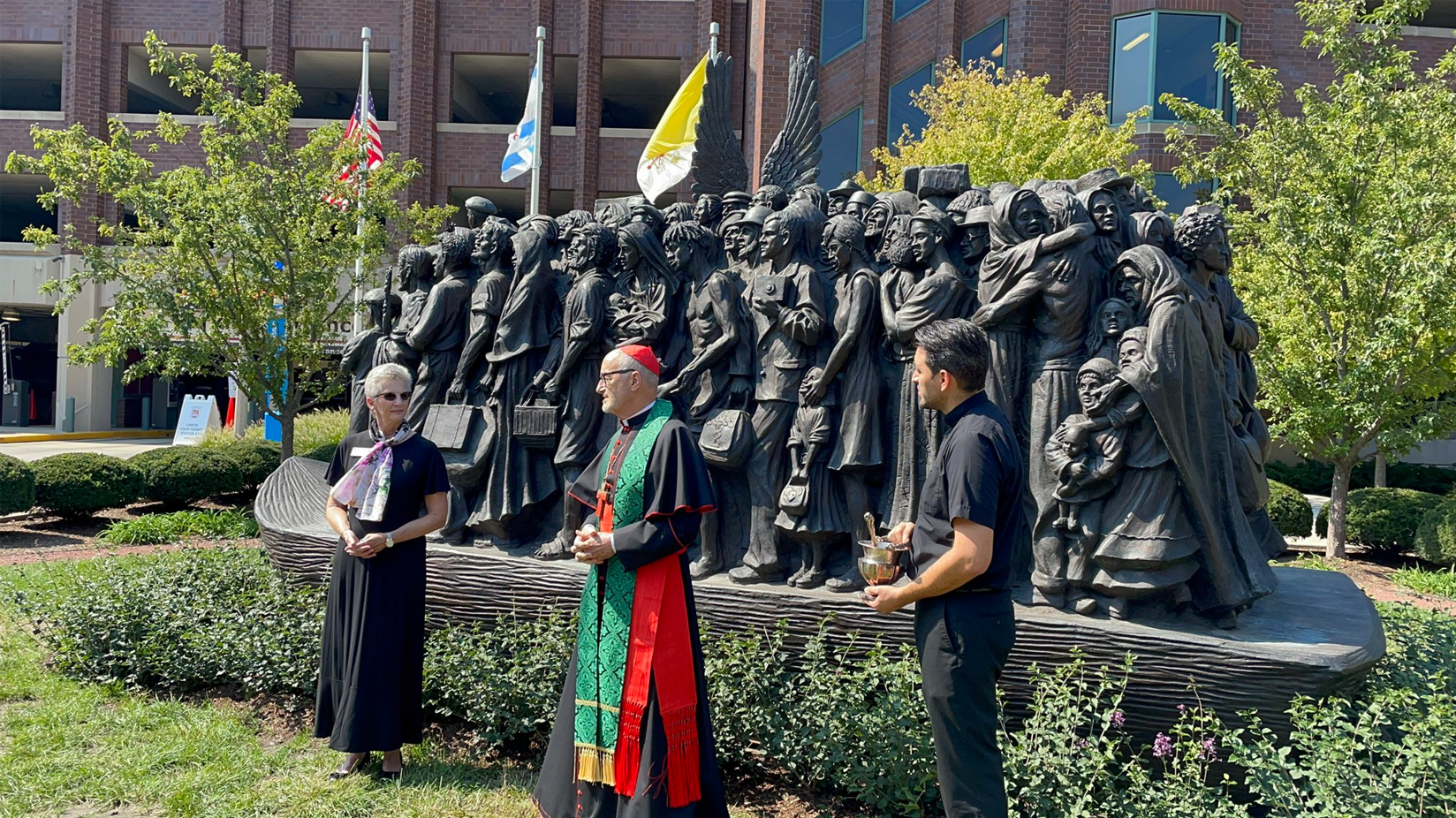 Cardinal Czerny offered brief remarks about the sculpture and the Holy Father’s concerns for migrants and refugees, which leads into National Migration Week (Sept. 20 – 26) that the Catholic Church in the United States has celebrated for nearly 50 years. 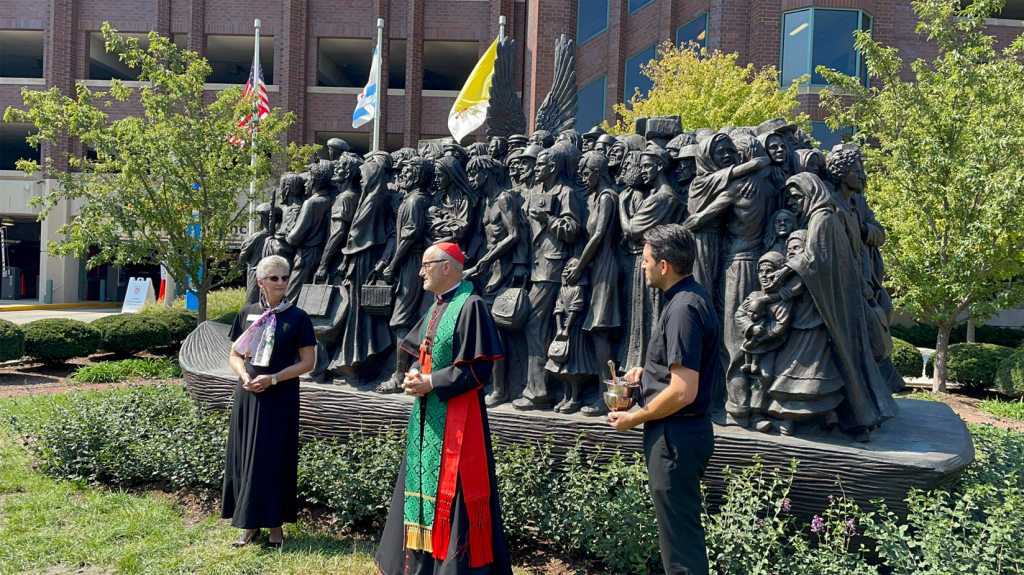 The Angels Unawares traveling sculpture is an exact replica of one commissioned by Pope Francis in 2019. It’s the first sculpture added to the Vatican’s famed St. Peter’s Square in 400 years.

At almost four tons of chiseled bronze, stretching 20 feet long, Angels Unawares embodies 140 refugees tightly packed on a skiff, hailing from everywhere and across time: a Polish woman fleeing communism, an African slave, a Cherokee man walking the Trail of Tears, an Irish boy eluding a potato famine, and a man holding a Torah escaping Nazi Germany. They stand shoulder to shoulder, their eyes searching for a more stable and fulfilling future. A pair of angel wings burst from the center of the scrum.

The original piece was commissioned by Pope Francis and completed by the figurative artist Timothy Schmalz, who is known for his “Homeless Jesus” bronze sculpture. Schmalz made two castings with one to be permanently installed at the Catholic University of America in Washington, D.C. Angels Unawares has been on a national tour and Loyola University is the last stop on the pilgrimage. The sculpture will be at the campus until mid-October.